Everett Raymond Kinstler is a native New Yorker who began his career at age sixteen drawing comic books and iIIustrations for magazines. Ultimately Kinstler established himself as one of the nation's foremost portrait painters.

Seven U.S. Presidents have posed for him: Richard Nixon, Gerald R. Ford, Jimmy Carter, Ronald Reagan, George H.W. Bush, Bill Clinton, and George W. Bush. And two first ladies: Lady Bird Johnson and Betty Ford. His portraits of Ford and Reagan are the official White House portraits. The National Portrait Gallery Smithsonian, owns more than one hundred of his works, and awarded him the Copley Medal, its highest honor. Recently he has had retrospecti exhibitions at the Museum of the City of New York, The Norman Rockwell Museum, Butler Museum of American Art, National Arts Club, and the Century Association, NYC.

Dr. Henry C. Lee is one of the world's foremost forensics scientists. Dr. Lee's work has made him a landmark in modern-day forensic sciences. He has been a prominent player in many of the most challenging cases of the last 50 years. Dr. lee has worked with law enforcement agencies from 46 countries in helping to solve more than 8000 cases.

Dr. Lee is currently the director of Forensic Research and Training Center and Distinguished Chair Professor in Forensic Sdence of University of New Haven. He was the Chief Emeritus for Connecticut State Police duling 2000 to 2010 and was the Commissioner of Public Safety for the State of Connecticut during 1998 to 2000 and has served as that state's Chief Criminalist and Director of State Police Forensic laboratory from 1978 to 2000. He currently serves as advisor/consultant for more than 150 law enforcement agencies around the world. He was just appointed in 2013, as Chief Forensic Advisor for New Haven Police Department.

In 1975, Dr. Lee joined the University of New Haven, where he created the school's Forensic Sciences program. He has also taught as a professor at more than a dozen universities, law schools, and medical schools. Dr. Lee has authored hundreds of articles in professional journals and has authored and co-authored more than 40 books, covering the areas, such as; DNA fingerprints, trace evidence, crime scene investigation and crime scene reconstruction. Dr. lee has been the recipient of numerous medals and awards, including the 1996 Medal of Justice from the Justice Foundation, and the 1998 Lifetime Achievement Award from the Science and Engineer Association. He has also been the recipient of the Distinguished Criminalist Award from the American Academy of Forensic Sciences, the J. Donero Aaard from the International Association of Identification, and in 1992 was elected a distinguished Fello of the AAFS. 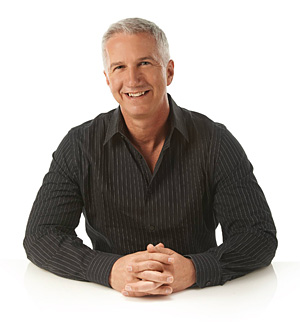 Jerry Vigorito is a self-taught musician. He performs regularly with The Bone Dry Band. As a seasoned harmonica player, he’s a popular member of the CT music scene, appearing at local theatres, on radio and television. His love for music, over 25 years of performance experience, a deep spiritual connection and a dedication to those in need have all led him to Band Together CT.

In March 2006, Jerry co-founded Band Together CT, an organization that unites musicians, artists, fans and businesses with those in need of a helping hand. Through a continual series of themed concert events, his organization has helped raise over $1.4M for Connecticut-based charities.

These charities include: The Center for Women and Families; CT Challenge; The Pilot House; Cardinal Shehan Center; CT Alzheimer’s Association; and Hand for a Paw. The New York Times said, “The feel-good nature of the Band Together thing is indescribable.” Band Together CT is currently approaching their 50th charity fundraising event.

Band Together CT has been voted “Best of the Gold Coast” for five years by Moffly Media. Jerry Vigorito has received the Fairfield Theatre Company ENCORE 2013 “Artist of the Year,” the Red Cross “Hero Award for Public Impact 2010,” and the Bridgeport Dental Association 41st “Outstanding Citizen Award.” He has been recognized by former CT Governor M. Jodi Rell and both the Connecticut and US Legislatures.

Jerry has been a licensed mortgage banker for 30 years and is currently employed at William Raveis Mortgage, LLC, He was recently recognized as 2013 national “Hot 100 Movers and Shakers” in the mortgage industry by Mortgage Professional America magazine.

He graduated with a BS degree from Sacred Heart University and was a full-time student at Housatonic Community College for two years. Jerry, a lifelong CT Fairfield County resident, lives in Fairfield with Nancy, their three rescue dogs and four birds. The Vigoritos’ two daughters, Sam and Tori, are both college graduates and work in the fashion industry.

When not playing music and raising funds, Jerry enjoys riding his Triumph and kayaking with his dog, Lily. 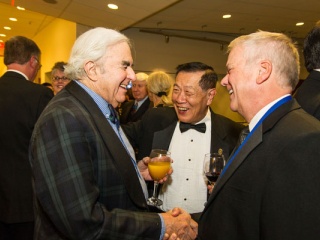 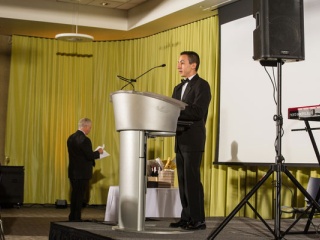 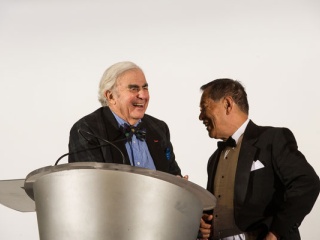 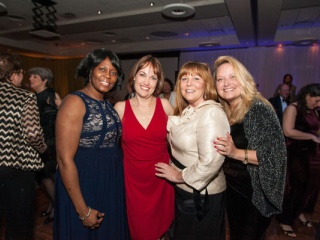 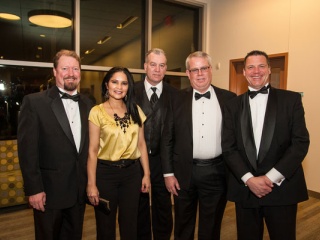