Two Swedish immigrants in Bridgeport, CT got together, and in 1939 created what has been called “the most important tool company of the 20th century” and brought affordable precision manufacturing to the world.

As a direct result of the need to give workers and citizens in the South End a facility to seek emergency care, the company was instrumental in creating the former Park City Hospital on Park Avenue, north of Seaside Park.

At the height of its influence Bullard tool company was the largest and most successful tool maker in the world. Employing over 2000 people in Bridgeport, CT, Edward Bullard Sr., built a company based on faith, family and community.

It can be argued that of the great innovators and inventors connected to harnessing the power of electricity, for example, Thomas Edison, Nikola Tesla, George Westinghouse, Lewis Latimer, none were as influential on the use of this awe-inspiring source of energy for the public masses as Harvey Hubbell II and Harvey Hubbell III.

Harvey II’s inventive and innovative spirit and desire to safely supply citizens with the comforts that electricity brings to their lives, combined with Harvey III’s desire to aid the community and provide the company’s products to as many people as he could reach changed the world. Every time someone on earth flicks a light switch or plugs in a coffee pot, the legacy of Harvey Hubbell lives on.

A lifelong engineer, inventor, and innovator, Igor Sikorsky dreamed of a practical way of rescuing people in remote areas when in danger. Believing the answer was access from the skies, Sikorsky created the first fully-controllable, practical, production-ready helicopter.

Igor Sikorsky’s desire to create the ultimate rescue vehicle has resulted in over one million lives saved. The legacy of his contributions and innovations still resonate within the United States and across the world.

When Dr. Lucien Warner and his brother Dr. Ira De Ver Warner saw a need to address a perceived serious health concern in women’s fashion they had no idea they would became legendary innovators and inventors in women’s clothing. The practice of “tightlacing” in Victorian culture and fashion made many believe women were in danger of injuring internal organs or sacrificing lung capacity. In response, Lucien Warner designed a fabric and natural fiber "coraline" corset that provided shape without sacrificing movement and health.

Gliniecki, a Michigan native, joined HCC in 2003 as dean of academic services, and was named acting president in 2006. In 2007, she was appointed president. Before coming to Housatonic, she was vice president for academic services at St. Clair Community College in Port Huron, Michigan. She decided to retire in 2014. 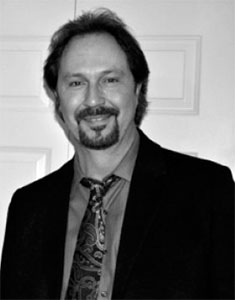 Dominic Figueiredo was born and raised in Bridgeport and graduated from Bassick High School in 1977. He attended Housatonic Community College beginning in 1978 and graduated in the early 80’s with an Associates in Liberal Arts when the school was located on Barnum Avenue.

After five years making things with his hands, Dominic decided to pursue a life-long dream of becoming a professional comedian and spent ten years on the East and West coasts chasing his dream.

Although Hollywood did not work out, Dominic’s ability with the spoken word came in handy at Pitney Bowes in their sales department, and he rose to become the National Sales Director.

But his love for manufacturing remained, and Dominic decided to return to Housatonic Community College and the Advanced Manufacturing program and enrolled in the nine month certificate program. Dominic graduated in May, 2014 with a manufacturing certificate.

“HCC started me on my way when I was a young man almost 40 years ago and then when I wanted to change direction in my career HCC helped me out again. I couldn’t be more grateful to the school and the program,” said Figueiredo.

Thank you to our table sponsors: