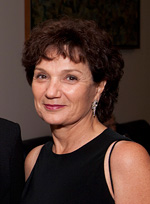 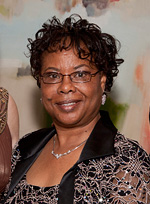 Reflecting on her start at HCC, Ms. Newby noted, “HCC gave me the confidence I needed to pursue learning at the college level, because at the time, I did not think I was college material.”  Frances M. Newby is the Chief Human Resource Officer for Southwest Community Health Center, an $18 million non-profit organization she helped to establish.  She has been with the Health Center for more than 17 years as a board member and then an additional 16 years, building the Human Resource Department.  After graduation from HCC with an Associate in Science degree in Urban Assistance Studies, Ms. Newby earned her B.S. in Social Work from Sacred Heart University and her Master’s in Counseling from the University of Bridgeport.   She is known as a “catalyst for change” and has worked with numerous community agencies in the Bridgeport area. 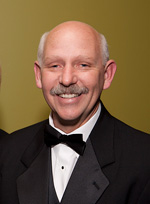 Since his graduation from Housatonic Community College, Chief David Peck has had an outstanding career serving the Greater Bridgeport Community as Chief of Police of Fairfield. Starting as a patrol officer, Chief Peck worked his way up through the ranks of the Department serving in nearly every capacity and ultimately the position of Chief. After Housatonic, he continued his education at the University of New Haven, as well as many specialized schools, including the prestigious FBI National Academy Program and their Leadership Institute. Chief Peck retired from the Fairfield Police Department after a long and distinguished career serving the citizens of southwestern Connecticut. Housatonic Community College should be proud of such an outstanding alumnus.