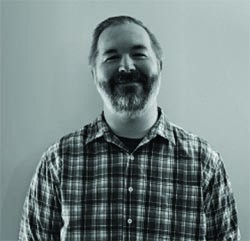 Professor Brown is an Instructor of Political Science at HCC with more than eight years of teaching experience. He teaches classes on American Government, International Relations, and Comparative Politics. He earned his bachelor’s degree in political science from California State University, Stanislaus, and his master’s and doctoral degrees in political science from the University of California, Riverside.

Before coming to HCC, Professor Brown served as a lecturer at Modesto Junior College and California State University, Stanislaus, where he taught American Government. Prior to his doctoral degree he taught as an associate-in-residence at the University of California, Riverside, where he conducted research in the area of comparative politics, with an emphasis on the politics of the Middle East and North Africa. His research focuses on contentious politics, including issues related to social movements, political violence, revolution, and democratization. He has conducted fieldwork research in Tunisia, Israel, the West Bank, and France.